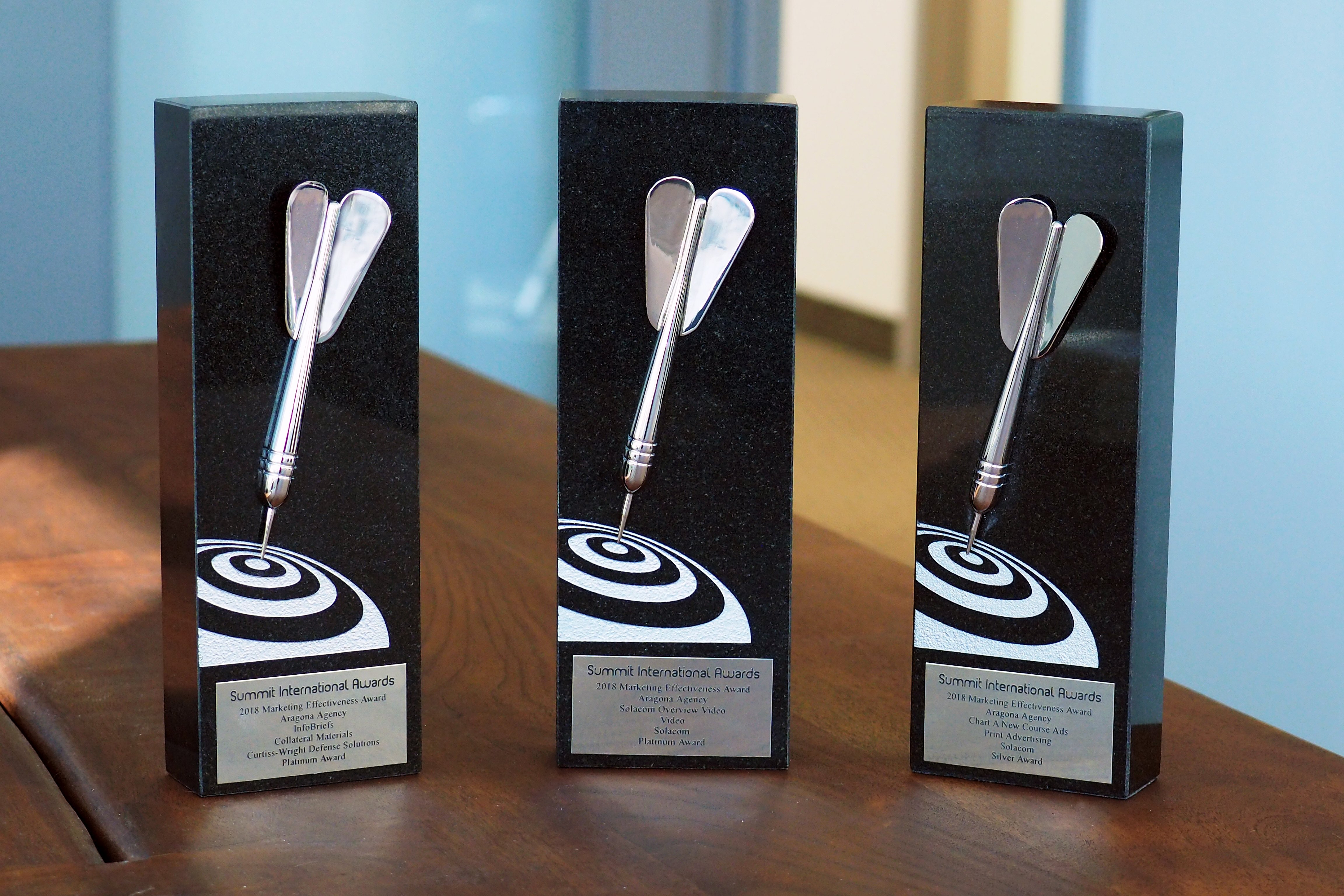 In our business, the reward for a job well done is a happy client. But, every now and then it’s nice to get a tip of the hat from our industry about the work we do. That happened earlier this month when our team was recognized for excellence in marketing with three 2018 Summit Marketing Effectiveness Awards from the Summit International Awards organization.

The agency brought home platinum awards for marketing collateral and marketing videos, and a silver award for print advertising. All three awards were for client work completed in 2018.

The Summit International Awards organization is an independent group that conducts international marketing awards each year to identify superior creative and effective marketing by agencies around the world. Using stringent evaluation criteria and blind judging processes, its competitions reward only those firms whose work exemplifies the best in their class. Throughout its 25-year history, the organization has established itself as one of the premier arbiters of marketing and communication excellence. Today, the organization conducts three awards programs each year, including the Summit Marketing Effectiveness Award.

The Summit Marketing Effectiveness Award is an international competition that recognizes message- and results-driven marketing programs that contribute to an organization’s business goals. The award reinforces the idea that the goal of marketing and communications is to change, influence, or reinforce an audience's knowledge, attitudes, or beliefs. Using this premise as a basis for its judging criteria, the competition has become a true arbiter of marketing effectiveness. When a submission achieves the goal of marketing communication effectiveness, judges recognize it with either a Silver, Platinum, or Best of Category award. Typically, awards are bestowed on only nine percent of the submissions.

In a note to all participants, Jocelyn Luciano, executive director for the Summit Awards, noted that “marrying creativity and effectiveness can be a difficult task, so winning a Summit MEA is not an easy feat. It is a significant achievement. The combination of experienced judges and our tough criteria ensures that only deserving submissions receive Summit MEA recognition.”