When Not to Write a White Paper 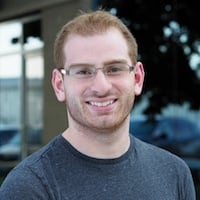 Many companies get a little too excited when anything new is happening at their company (or in the industry) that they want to comment on it in long-form. It’s often thought that if you can write about something in a longer form than a two-pager, and if the subject is interesting, then you have the simple formula to create a marketing white paper.

Unfortunately, it’s not as simple as that.

There are a lot of reasons that should indicate that a white paper might be necessary, but it may be more interesting and helpful to go through a few instances where you shouldn’t consider writing a white paper.

If the Only Goal Is to Inform

It will be a waste of time for you to create a white paper, and for your audience to read it, if the only aim is to explain an event, product, service, or solution in the industry.

A white paper that doesn’t demonstrate thought leadership by taking a stance on an issue, providing analysis, or presenting deeper insight into a specific topic is pretty much just a long-form news update or an explanatory academic essay — unless you’re a think tank, analyst firm, or a news outlet, there’s no reason to write those.

When You Want to “Get Technical” About an Offering

Many think a white paper is a great opportunity to go where a brochure or a one-pager can’t — into all the details, bits, and bytes about a product or service.

There are many other kinds of content tools that allow you to get as deep into the technical aspects of an offering as some in your audience would appreciate, but a white paper is not one of those.

To Be the Main Accompaniment to an Announcement

Picture, if you will, an exciting week at your company. Perhaps a new offering is being announced, or a new direction is being taken with exciting tech that will bear fruits in a few years.

The news is ready to hit your audience from all angles — social media, media relations, email campaign, etc.

When that news hits, what should the main call-to-action be? Certainly not a white paper.

If you’re trying to get and keep attention about something newsworthy, the first thing to do isn’t to throw some of the richest content you can find at the reader — they don’t even know why they should care about it yet!

Yes, a white paper can eventually be placed in front of someone in relation to news as part of an integrated campaign that allows a member of your audience to go deeper into a subject if they’re interested, but it shouldn’t be the first thing used to get new and exciting information across.

Sometimes, a white paper may need to touch on something that isn’t ideal to discuss at a given moment in time. Perhaps one of the main points in the document can’t be fully addressed until a supplier gets its act together. It’s possible that, after talking with someone from the product team, it becomes apparent that the exact topic can’t be as fleshed out as originally intended. Or, maybe you’re about to step into territory that would offend current customers for no reason.

Whatever the case may be, don’t ever be tempted to water down the document. A white paper is supposed to present some of the richest content from your brand. If you don’t have anything to say, don’t bother.

If You Can’t Strike the Right Balance

Ultimately, a good white paper stands at the intersection of technology, thought leadership, and value to your audience.

If you’re not hitting the sweet spot, for whatever reason, it may be time to rethink the foundation that the content is sitting on, or perhaps consider again whether or not what you’re trying to address really needs a white paper.

There’s no shame in doing this part way through the process either. It’s better to cancel the project than give into the sunk-cost fallacy.

And, if a white paper is good but not great, don’t worry — even if you don’t end up publishing, it can still be used as fodder for tons of other content.