Notes From the Road to Marketing Nirvana - Part 6 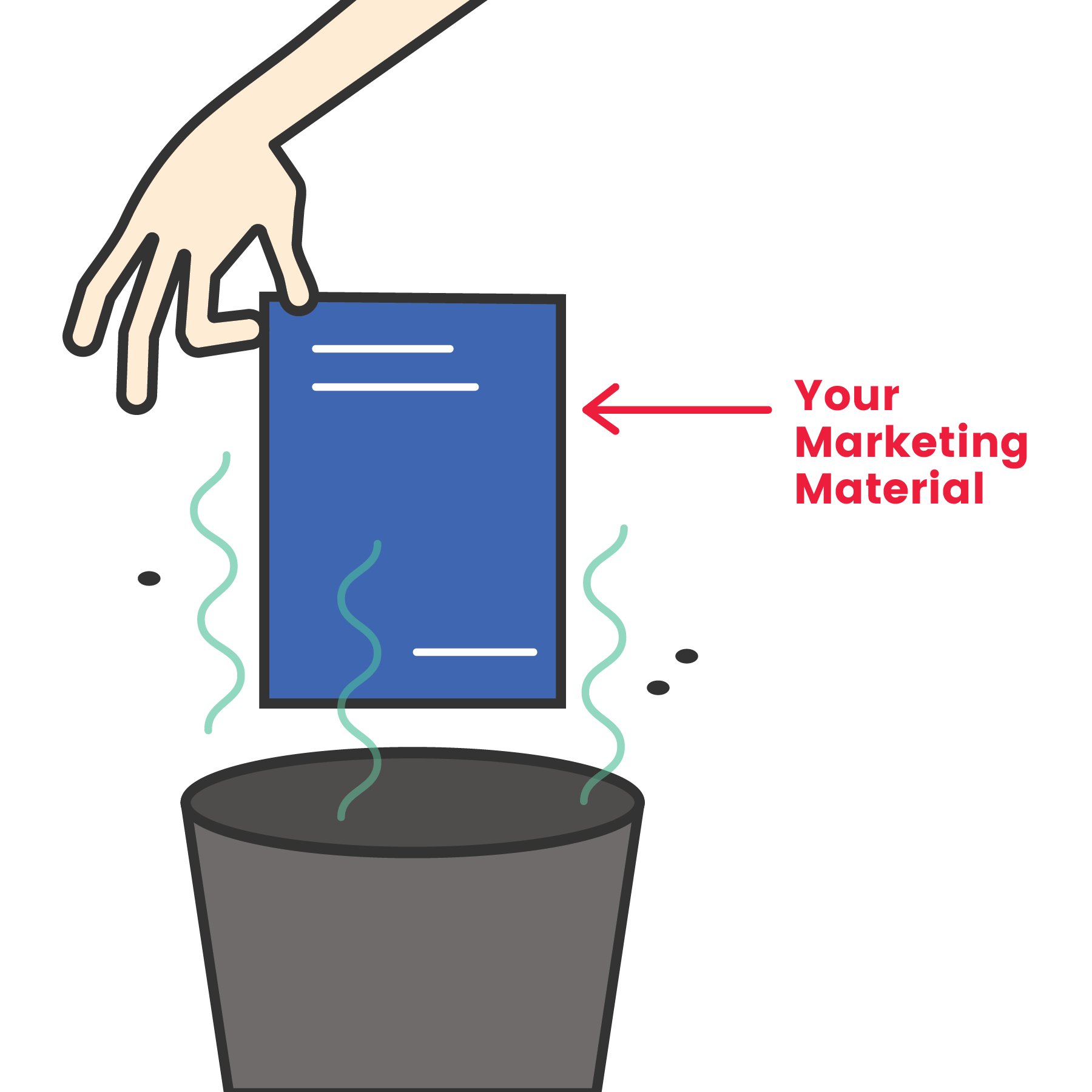 A “Glossy” Is Not a Marketing Strategy

The prospective clients were anxious. From our side of the boardroom table, it was obvious that Jane, the marketing manager, was under pressure to make something happen. Although she appeared calm and collected, there was a definite tension behind her engaging smile as she welcomed us to the meeting. Richard, the product marketing manager, presented a grounded confidence, but he was obviously concerned about the current situation.

After the pleasantries were dealt with and the banter died down, Richard took control of the conversation, his deep brown eyes darting back and forth between me and Dan, the creative director I was working with at that early stage in my career. “Thanks for coming in on such short notice,” he began. “We probably should’ve done this a lot sooner, but we’ve been up to our eyeballs with so many other things that this sort of fell off the table.”

I remember Dan reassuring him by saying, “Don’t worry, we’re used to dealing with tight timeframes.” That seemed to put him at ease, but I noticed that Jane was not convinced. I should have been concerned by that, but I didn’t have enough to go on at that point. Plus, I’m an optimist.

“That’s good to hear,” Richard continued. “The thing is that we’re heading off to a trade show in a week and we need a glossy.”

“That’s good to hear,” Richard continued. “The thing is that we’re heading off to a trade show in a week and we need a glossy.”

And there it was: the antithesis of the marketing process. The end of any potential for a true marketing conversation. The sentence every marketer dreads because of all the implications about what hasn’t been considered.

In the many years I have spent as a marketer since then, I have heard that sentence many times and in many different ways. At the time, I remember thinking, “Here we go again.”

Looking back, it’s obvious that the more things change, the more things remain the same. In my early days, we would enter discovery meetings with clients that would begin with “We need a X.” Back then, the noun was usually some form of printed marketing material — a fact sheet, a brochure, a datasheet, a kit folder — which some clients often referred to as a “glossy.”

Later, as the center of the marketing universe moved online, the noun changed but the level of anxiety was the same: “We need a website.”

Eventually, it shifted to: “We need a social media program.”

Lately, the focus has shifted again, but the anxiety level is still evident: “We need a digital marketing program.”

Lately, the focus has shifted again, but the anxiety level is still evident: “We need a digital marketing program.”

But Dan’s response to Richard’s statement back then was the same one he used to other statements in that vein, and it is still the one I use today. In that meeting, I glanced at Jane to see if I could get a quick read of her mindset at that moment. But she was careful not to let her true thoughts emerge from the calm, controlled image she presented as she watched Dan and Richard.

Dan smiled that engaging smile he beamed in client meetings when he was trying to make a sale, his attention completely focused on Richard as he answered with the marketer’s only possible response, “Why?”

The question seemed to take Richard by surprise. There was a split-second of dead air and then he smiled. “What do you mean?” he asked.

Dan smiled back. “Why do you need a brochure?” he responded.

I wasn’t sure, but I thought I caught a flicker of a smile cross Jane’s face.

Richard was nonplussed by Dan’s clarification, and I could see the thought race across his eyes that maybe he was talking to the wrong person. “Well,” he began as he glanced at me to see if he had missed a joke, “we need to introduce the product at the trade show. You do brochures right?”

Dan took the shot and moved on.
“Yes, of course. But what I’m trying to understand is why a brochure?”

Dan took the shot and moved on. “Yes, of course. But what I’m trying to understand is why a brochure?”

Silence. Richard glanced at Jane. Jane smiled. Richard turned back to Dan. “Maybe I don’t understand,” he started. “Every product needs a brochure.”

“We can definitely write and design a brochure,” Dan responded. “But we typically don’t recommend handing out expensive brochures at a trade show because industry statistics show that approximately 65 percent of all printed material handed out at shows ends up in hotel room wastebaskets.”

Richard was silent. I could see he was thinking that through. Dan added, “People don’t want to lug paper back to their office on the plane home, so they leave it behind.”

“We need something to go with the product demo, so what do you think we should be handing out?” Richard asked.

“Well, if the idea is to get leads for the sales team, then I would say you want to hand them something less expensive than a brochure,” Dan began. “Say, a one-page copy of a press release announcing the product. A five-cent photocopy is a lot cheaper than a printed brochure and if it ends up in the garbage, you haven’t thrown away a lot of your money. To capture the lead info, you could tell them brochures will be printed soon and you’ll send them a copy as soon as they are available. This way you can qualify their level of interest, capture sales info at the same time, and have an excuse for the sales team to follow up to make sure they got the printed brochure and try to get a meeting. Will you be issuing a press release?”

“We weren’t planning to,” Richard said after a moment.

“We could put together a release fairly quickly, and that will give us a good launchpad into other content,” Dan offered. “Let’s talk about key messages.”

Over the next half hour, Dan took them through a discussion about the product attributes, value to the target market, and positioning compared to the competition. One thing led to another and we ended up discussing how we could leverage the release to get industry analysts interested in the demo. Eventually, we moved on to how we could get more people to visit the booth to see the demo. By the end of the meeting, a discussion that started out with a deliverable had evolved into a marketing strategy for which the brochure was the endpoint, rather than the starting point.

“I guess a glossy is not a marketing strategy,” Richard said as the meeting started to wrap up.

“I guess a glossy is not a marketing strategy,” Richard said as the meeting started to wrap up.

“No,” Dan confirmed. “It’s probably not the place you want to start.”

The trade show went well. The analysts showed up to see the demo based on the PR program we matched to the release. Potential customers showed up based on personal invites we sent to the show attendee list. After it was all over, marketing delivered a spreadsheet of qualified and categorized leads for the sales team to follow up on.

Dan eventually moved on to establish a successful marketing consultancy in Montreal.

Richard worked through several progressively senior positions in technology startups and ended up as VP of marketing before he retired.

Jane is now a director of marketing.