Notes From the Road to Marketing Nirvana - Part 7 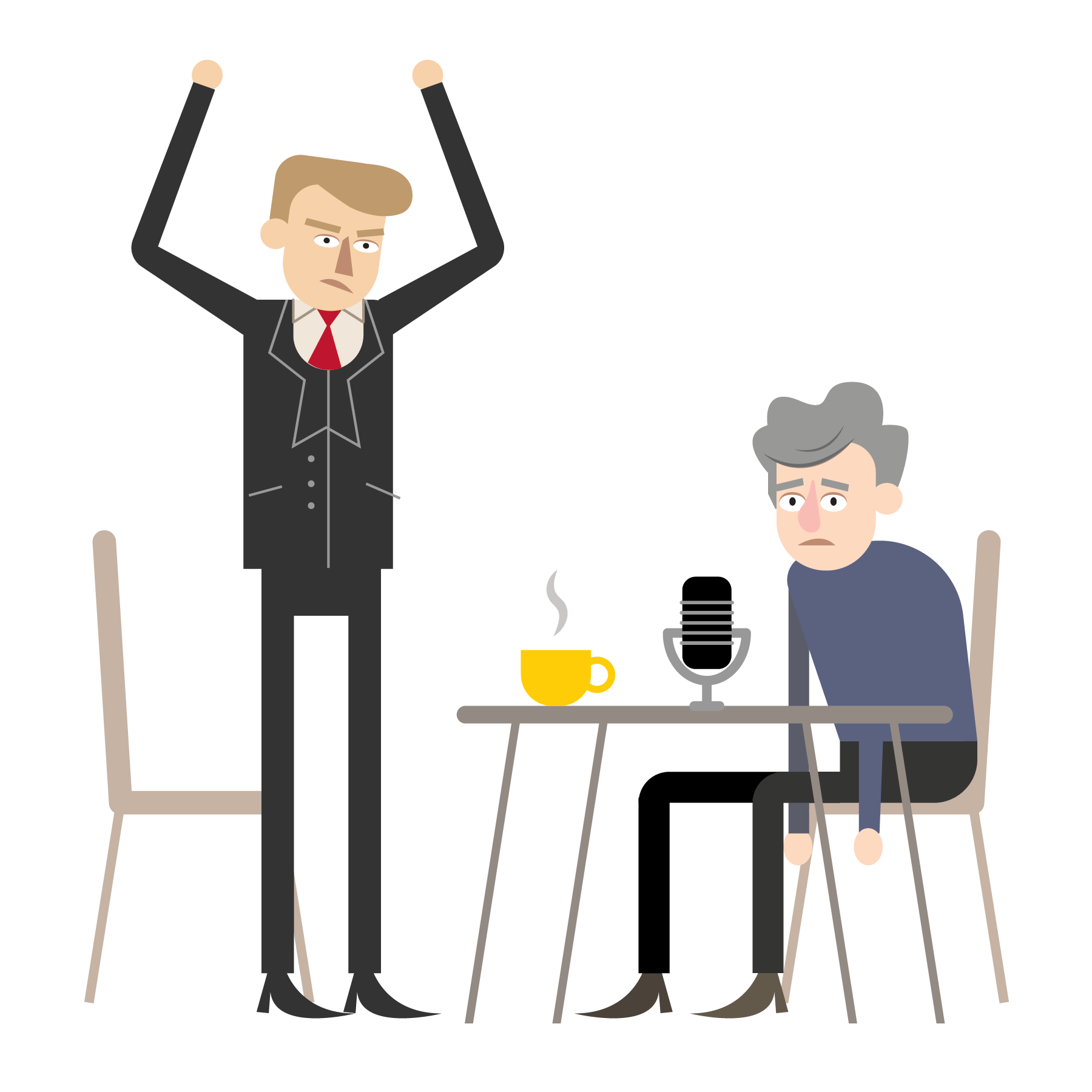 The Case Study to End All Case Studies

Sometimes, the best-laid marketing plans do go awry. No matter how carefully you structure your strategy, consider contingencies, or prepare for the unforeseen, reality bites and you’re back at square one.

There was one time early in my career when reality bit hard. And it hurt.

On this particular occasion, I was working as a marketing manager for a telecom company. The majority of my time was spent interviewing customers and writing case studies focused on our success with large enterprises. That’s marketing speak for the 20 percent of customers that deliver 80 percent of annual revenue.

But sitting in the bank’s lavish meeting room on the fifteenth floor of the Bay Street glass tower that day turned out to be a mistake. John, the bank’s director of IT, was not in a good mood. To say the atmosphere was chilly would be an understatement. Frozen would be more accurate.

Tall and slender with flat, emotionless green eyes, John was sitting back in the plush, leather chair with his legs crossed and his hands resting on his lap. He was calm and composed as I thanked him for taking the time to meet with me and for agreeing to participate in the case study. When I was done, he merely nodded. That should have been my first clue that something was not quite right. But I didn’t click in and continued, bringing out my tape recorder (yes, we used tape back then), placing it on the heavy oak table, and switching it on.

“Maybe we can start with some of the challenges you were facing before you installed our product,” I ventured with my usual opening line and a smile across my face.

“We could,” John answered in a flat, matter-of-fact tone. “But that’s not why I agreed to this meeting.”

“We could,” John answered in a flat, matter-of-fact tone. “But that’s not why I agreed to this meeting.”

That’s when I realized this interview was not going to go as planned. In that moment, my mind flashed back to everything that had led up to the meeting to make sure I hadn’t screwed up.

As any marketer will tell you, case studies and testimonials are delicate things. You have to make sure the customer is comfortable with the idea of publicly claiming that your product and the experience with it has changed his daily working life and delivered amazing benefits to his company. At the same time, you have to steer the conversation to get the right praise in quotes that highlight the value propositions you are marketing. And to work properly, the customer must be “sold” on the case study idea by the salesperson that established the relationship in the first place.

My mind flashed to the day Richard, the account manager, stopped by my cubicle with a giant grin spread across his face. “I got the case study to end all case studies, Aragona,” he said as he leaned his big, husky frame against the baffle. “You won’t believe who it is.”

Richard was known for his exaggerations. Every story was about something “amazing,” “incredible,” or “spectacular,” and that you “wouldn’t believe.” But, usually, when you eliminated the superlatives, it was all pretty mundane.

Richard was known for his exaggerations. Every story was about something “amazing,” “incredible,” or “spectacular,” and that you “wouldn’t believe.” But, usually, when you eliminated the superlatives, it was all pretty mundane. So, I tried to look incredibly interested as I asked him who he had lined up. Surprisingly, I was actually amazed when he finally revealed that it was one of our biggest customers — and one of Canada’s major banks.

“Yep, and the IT director is all lined up and ready to go. All you have to do is make the call!” Richard said. He was very pleased with himself, and it showed.

Given the enthusiasm, everyone in marketing and sales was excited. This would be a major coup. So, we went through the usual process. I reached out to the customer and scheduled an interview time. I sent him a list of questions in advance, so he could prepare for the conversation. I confirmed our meeting time a week before. And my director even authorized a trip to Toronto to do the interview in person.

This was at a time when everyone wore suits to work, titles meant something on a business card, and having the right answer to the wrong question could get you promoted. A business trip to do a case study was something special.

As these thoughts went through my mind, I looked back at the recorder and made a move to switch it off.

I turned back with a questioning glance.

“I want to make sure you capture this properly,” John explained without skipping a beat or the slightest hint of emotion.

“I want to make sure you capture this properly,” John explained without skipping a beat or the slightest hint of emotion.

“What did you want to talk about?” I asked.

“I’ve been trying to get someone in your organization to focus on a few key issues, but I haven’t had much luck with Richard or anyone else for that matter,” he stated matter-of-factly. “So, I’d like you to take a message back to whoever has authority to fix these problems.”

With the utmost calm, John proceeded to explain several product performance issues that were “wreaking havoc” with his internal network and “creating considerable concern” with his boss that he had made the right decision by buying our product. Without skipping a beat, he moved on to his disappointment with how our sales team and field application engineers had mishandled the deployment in his network.

As John outlined his concerns and his disappointment with our organization, I felt increasingly embarrassed and extremely uncomfortable with the situation. I must have looked horrified because he ended his monologue twenty minutes later by trying to make me feel better.

“Now I know this has nothing to do with you or what you came here to do,” he concluded as he stood up. “But I’m hoping you take this back to your office and let them all listen to the recording. They have my number. Have a good trip back.” And with that, he walked out of the room leaving me feeling like I’d just been hit by a truck.

Back at headquarters, all hell broke loose.

Back at headquarters, all hell broke loose. Incensed by the situation, my director initiated a half day of meetings with the vice president of sales, the director of sales, Richard, and anyone else involved with the customer.

The upshot of all the discussions was that Richard had assumed everything was fine when John agreed to the case study. He was aware of the initial problems with deployment, but he had assumed that the field engineers had addressed them. And he hadn’t followed up. Meanwhile, the field engineers thought the sales manager had dealt with John’s concerns.

The next day, John was contacted by our vice president of sales and assured he was personally going to resolve the outstanding issues. The next day, the field team replaced the product with a new one. Over the next week, all of John’s concerns were addressed. Eventually, I learned he was pleased with the way everything had turned out. But, the idea of doing a case study was never broached again and the company lost a great opportunity with a high-profile customer.

A few weeks later, Richard caught me at the coffee machine. “I guess I f&%$#d that up royally, didn’t I?” he said sheepishly.

“Yeah, I guess you did,” I confirmed. “You assumed too much.”

“But it definitely was the case study to end all case studies,” he concluded, trying to make a joke of it.

“But it definitely was the case study to end all case studies,” he concluded, trying to make a joke of it.

In between, Richard “left” the company.