Notes From the Road to Marketing Nirvana - Part 10 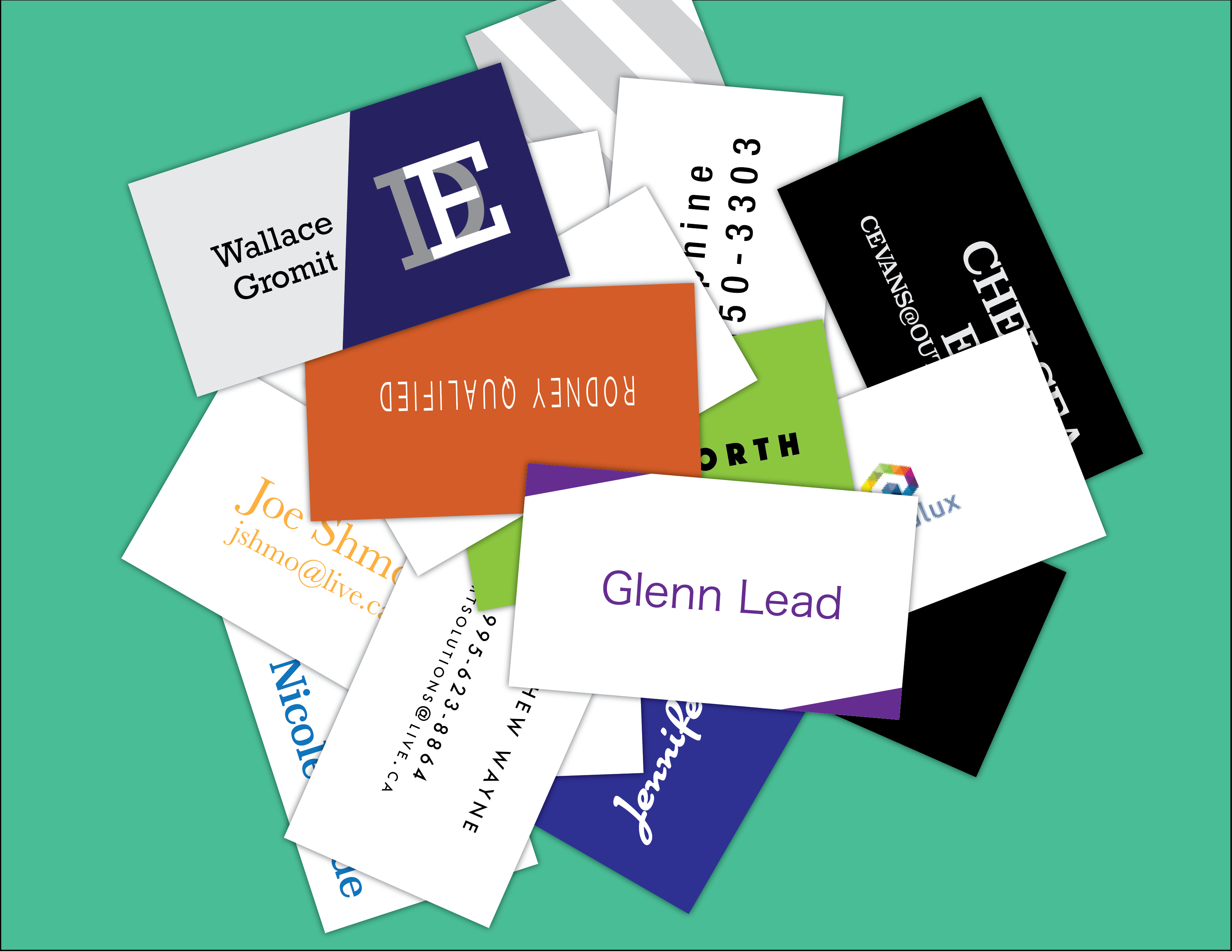 Sometimes the best marketing lessons come from the most routine situations. Early in my journey to marketing nirvana, a trade show marketing meeting provided a valuable lesson in lead qualification that I still apply today.

The trade show was a month away and preparations were going well. At least that’s what we all thought until one Thursday morning during the marketing team’s pre-show briefing. Nancy, the trade show marketing manager, was about half way through her presentation when the new director of sales popped the team’s confidence bubble.

We were all gathered in the main conference room on the second floor of the glass tower in Ottawa. The upcoming show was one of the biggest in the telecom industry at the time, so the room was full. Everyone who was either working on the show or going to the show was in attendance and the meeting seemed to be going as planned. Nancy had just presented an overview of the booth design and layout, which included a first look at the new signage and messaging that would be displayed. She was moving quickly through a review of our usual lead capture process when Tim, the new sales director, cut in.

“Why do we need to fill out the lead form at the show?” Tim asked. “That seems like a bit of a duplication of effort and a waste of time.”

“Why do we need to fill out the lead form at the show?” Tim asked. “That seems like a bit of a duplication of effort and a waste of time.”

All eyes turned to Tim. Some of us thought he was joking, but he wasn’t smiling. In his mid-forties, burly, and clean-shaven, he was leaning forward in his chair with his elbows on the conference table and the alert brown eyes behind his steel-rimmed glasses focused on Nancy. As a new member to the team, this was Tim’s first trade show with Nancy at the helm. He didn’t know the routine we all now took for standard operating procedure, so his question was not strange. But everyone knew it was the wrong question to ask if we wanted to get back to our desks.

Slender, poised, and self-assured, in her early forties, Nancy was a detail-oriented manager and one of only a handful of certified exhibit marketers in Canada at the time. She knew her subject cold, had written articles about trade show marketing for a variety of publications, and could quote industry statistics and best practices at the drop of a hat. She had trained many of the people in the room in the fine art of engaging a prospect on the trade show floor and how to properly leverage a booth to generate and collect actionable marketing qualified leads. To say she was a stickler for process and detail would be an understatement. She had no qualms calling out anyone who strayed from best practices, including members of the C-suite, and had done so on many occasions. But she always did it with a smile.

“Now, Tim, why would you say something like that?” Nancy chided with a disarming smile as she turned to address him directly.

“Now, Tim, why would you say something like that?” Nancy chided with a disarming smile as she turned to address him directly.

Tim didn’t catch the trap Nancy had set, but everyone in the room did. I noticed the marketing director lean back in his chair in preparation for what we all knew was about to come. At the time, I was fairly new to the marketing team as well, with less than a year in my position. But I had been there long enough to know Nancy’s tone was the precursor to a quick lesson in proper trade show marketing. The lead capture process was one of her favorite topics.

“Once we’ve scanned their conference badges, we’ve got what we need,” Tim offered in explanation. “The lead form is just capturing the same information, so it seems unnecessary.”

“I guess you didn’t use lead forms at your last company?” Nancy asked.

“No, we scanned badges and collected business cards,” Tim answered. “Just like everyone else.”

“Well, that is what most companies do,” Nancy acknowledged. “And it is the easiest way to get a lot of information. But it really isn’t the best way to get sales leads.”

“Well, that is what most companies do,” Nancy acknowledged. “And it is the easiest way to get a lot of information. But it really isn’t the best way to get sales leads.”

Tim’s smile broadened. “Trade shows are a necessary evil,” he countered. “We have to be there to meet with customers and show we are a player in the industry, but I don’t really know how much they contribute to sales.”

And that’s the opening Nancy was waiting for. “If we’re not getting sales leads at a show, then there really is no point being there,” she offered.

“I wouldn’t go that far,” Tim answered with a chuckle. “It’s a great place to meet with all our customers.”

“Meeting customers is always good,” Nancy explained. “But it doesn’t justify the hefty investment the company is making by having us at the show. Think about that for a second. The all-in cost for most major shows can be upwards of a hundred and fifty thousand, when you factor in the number of employees at the show, their travel and living expenses, and their salaries, on top of the actual cost of the booth and everything else that goes with it.”

“And the lead form helps you justify the cost?” Tim asked with a hint of incredulity in his voice.

“And the lead form helps you justify the cost?” Tim asked with a hint of incredulity in his voice.

In the next five minutes, Nancy explained the logic behind the lead capture process anchored around the lead forms. She started by quoting industry research that revealed that many show visitors will register a false email or phone number for their badges so that they won’t get approached by sales teams after a show. She continued by explaining how the same research showed that most of the business cards collected at a trade show that are not attached to a lead form are either misplaced or forgotten before a marketing team can act on them. She added that if the business cards are collected in a bowl as part of a giveaway process, they are useless because the cardholder was probably more interested in the prize than the product being promoted at the booth. All of this, she emphasized, corrupted the lead capture process for the marketing team. And it left the team with very few qualified leads that could be passed to sales.

From there, she emphasized that the lead form eliminated these variables. Before disengaging from a conversation with a visitor that showed genuine interest, personnel could confirm the visitor’s email, phone number, and business credentials. Based on the conversation, visitors could be categorized as either an immediately actionable lead, an actionable lead for a future date, or a merely curious query. This would shorten the sorting process after the show, which would allow marketing to hand over prequalified, actionable leads to sales, and make it easier for sales to follow up with prospects who were really interested in the product.

“So, the whole idea is to make the process more accurate and quantifiable for marketing and sales,” Nancy concluded.

“So, the whole idea is to make the process more accurate and quantifiable for marketing and sales,” Nancy concluded. “With quantifiable results, we can turn around and justify the cost of our presence at the show to the CFO. And with qualified results, we can deliver your sales team something they can work with to make a sale.”

Tim was pensive for a moment as he digested Nancy’s explanation. “I guess that makes sense,” he said finally. “It’s not a lead if you don’t do something with it and the lead form makes it easier to qualify and quantify potential.”

“And track the sales efforts afterwards,” Nancy added with a wide smile.

A month later, Tim was able to see the process in action and he was pleased with the results. He made a point of saying so during the post-show meeting. Much later, he took the same process to a new sales position with a different company.

A few years later, Nancy left the company and launched a very successful practice as a consultant focused on helping businesses get the most out of their trade show marketing dollars. Now she’s retired and golfing in Florida. 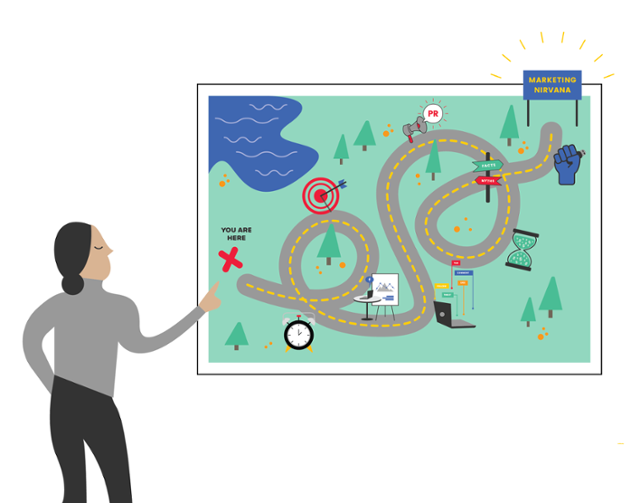